Spousal Sponsorships from USA to Canada: How to Sponsor A Common-Law Partner into Canada

Are you an American in a common law or conjugal relationship with a Canadian citizen looking to immigrate to Canada?

Well, you have an upper hand when it comes to immigrating to Canada.

Spousal sponsorship is one of the best paths you can take to immigrate to Canada from the US.

But, how exactly do you get sponsored into Canada by your partner?

In this article, we’ll cover everything you need to know about how spousal sponsorship

How Does Canadian Immigration Define “Common-Law”?

Before we dive into how your partner can sponsor you into Canada from the US, you should understand how “common-law” is defined in Canada.

If your relationship meets these criteria, then you are likely in a legitimate common-law relationship according to the government of Canada, and can proceed with your spousal sponsorship application.

How Does Common-Law Spousal Sponsorship from US to Canada Work?

If you’re in a long-term, committed relationship with a Canadian citizen, you may be eligible for spousal sponsorship from the States into Canada.

Canadians and permanent residents are allowed to sponsor family members including conjugal or common-law partners into Canada.

Unlike the immigration system in the United States, both married spouses and common-law partners are considered part of the “Family Class” in Canada.

If you have any questions about immigrating to Canada from the US through common-law sponsorship, contact Falcon Law today.

How To Prove You Are in a Legitimate Common-Law Partnership

The most important factor about taking this immigration path into Canada is that you are, in fact, in a real, long-term relationship with your Canadian partner.

Every year, thousands of people attempt to immigrate into Canada through spousal sponsorship by pretending they’re in a relationship when they’re not.

Canadian Immigration takes this very seriously. If you try to “fake” a common-law relationship, you will be denied immigration into Canada. Doing so will also likely ruin your chances of ever immigrating to Canada through any path. You may also be denied all future entries into the country, even for a short visit.

In order to be sponsored by your Canadian partner, you need to fill out a detailed application proving you are in a real relationship.

To prove your common-law status, you need to have documented evidence of your cohabitation in Canada or the United States (or abroad) for at least one year.

Canadian immigration may request any of the following documents to prove the validity of your relationship:

If your application has incomplete or insufficient documentation to prove the validity of your common-law status, you can be refused spousal sponsorship.

Compared to legally married couples, common-law couples will typically have to show more documentation to prove their common-law relationship to Canadian immigration.

Keep that in mind when you’re filling out your application. If you have legitimate plans on getting married, it may be best to do so before you try to apply for spousal sponsorship.

Possible Challenges for Spousal Sponsorship Applications from the US to Canada

Fake marriages—otherwise known as marriages of convenience—with Canadian citizens are not common in the United States.

This is because Americans and Canadians share a variety of similarities in terms of lifestyle, culture, and socio-economic development.

This means, as an American, you do have a greater chance of being approved for spousal sponsorship than someone born outside of North America.

However, this doesn’t mean every application is approved. While it’s a good path to immigrate to Canada, it isn’t an easy process by any means.

Sponsorship applications, even from Americans, are often incompletely or incorrectly filled out. Oftentimes, these applications are missing supporting documents that will help their chances of being approved into the program.

Without the correct documentation, applications will be returned as incomplete or simply denied.

You may also be required to complete an interview with an immigration officer as a way to prove your relationship with your partner.

If an interview is required for your application, you should be prepared to answer several questions about your partner to see how well you know them. This is one method Canadian immigration may use to remove fake candidates from real ones in the spousal sponsorship program.

It’s important you work with a Canadian immigration lawyer in order to ensure the highest chances of success. A trusted Canadian lawyer will help you with your application so the entire process is as smooth as possible.

Are you an American citizen with a partner from Canada?

Do you need help getting sponsored into Canada through spousal sponsorship?

If so, you’ll want to reach out to a Canadian lawyer to help you with the process. For help getting sponsored by your Canadian spouse, or, if you have any questions about the spousal sponsorship process, reach out to us at Falcon Law.

If you’ve got a website going or are thinking of starting one soon, let’s team up and make sure you’re protected on the internet.

Talk to us now at

PrevWhat Is the Working Holiday Visa in Canada & How Can It Help USA Residents?
US to Canada Immigration Lawyer Free ConsultationNext 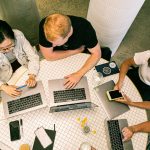 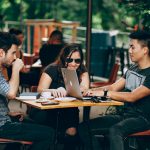 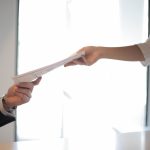 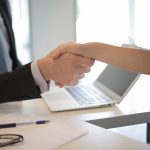 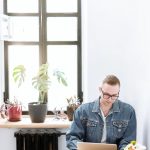 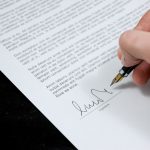